XLNet: Generalized Autoregressive Pretraining for Language Understanding by Yang et al. was published in June 2019. The article claims that it overcomes shortcomings of BERT and achieves SOTA results in many NLP tasks.

In this article I explain XLNet and show the code of a binary classification example on the IMDB dataset. I compare the two model as I did the same classification with BERT (see here). For the complete code, see my github (here).

I hope you remember BERT, as XLNet can be thought of as a model in the BERT family of NLP models. It builds on some ideas introduced by BERT, has a similar model size (allowing comparison) and uses BERT’s limitations as a starting point of what should be improved. Let’s see these limitations one by one then:

1) The BERT language model is trained by masking words in an input sequence and by predicting these masked tokens. This is great because it is bidirectional (or non-directional), however it creates a discrepancy between the pre-training and fine-tuning phases (as no tokens are masked during the latter).

Suppose your input sequence is: 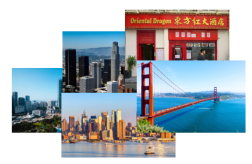 Can we say whether I went to “New York”/ “Los Angeles”/ “Las Vegas”/ “Kuala Lumpur” or simply “a restaurant” last week? No, as BERT assumes that the masked tokens are independent on another, so to predict “San” conditional on all unmasked tokens would essentially be the same as predicting conditional on the unmasked tokens and “Francisco”. We clearly see that it is an over-simplifying and limiting assumption.

3) BERT uses a fixed length input. Its maximum input length is 512 characters, however the model is often used with 128 or 256 sequence lengths. When I evaluated the performance of BERT on the IMDB binary classification, I observed that it performs much better (>93% accuracy) when the maximum sequence length is used compared to the reduced, 128 sequence length (~89% accuracy). This is a consequence of the nature of the data: reviews are much longer than 128 characters. When BERT chunks the first 128 characters of each review, it simply ignores the rest of it, loosing a lot of information.

This has another, negative consequence: instead of keeping maximum 128 characters that represents for instance one or two important sentences, we simply chunk the first 128 characters, leading to segment chunking.

). Then, AR models estimate the probability distribution of the sequence x by a forward or backward autoregressive language model (

respectively). These models predict the word

by choosing the word that maximizes the likelihood of the sequence.

AR methods have several advantages. They intuitively make sense, they do not assume any independence assumption between tokens, they can be easily decomposed. But there is a problem with traditional AR methods: they are unidirectional. Let’s talk more about this point: where does the problem really lie?

The problem is actually the sequential ordering of the elements (tokens or words) on the conditional side of the probability. That is, the problem is not P(word | something) but that “something” is always unidirectional and sequentially ordered. Ideally, we would have something like: P(word | all words around the predicted word). So let’s keep thinking about the same thing but approach it from a different side.

XLNet comes to our rescue as it provides a clever way to make these conditional probabilities dependent not only on previous tokens but also on the tokens following the predicted words. This clever way is to maximize the expected log likelihood of a sequence w.r.t. all possible permutations of the factorization order. Hold on for a second, let’s see step by step what does this really mean.

Suppose we wish to predict one token of the following sequence (a quote by Miles Davis):

“Time isn’t the main thing. It is the only thing.”

I keep only the second sentence (for simplicity in the explanations and in the figures!)

After tokenization, the sequence becomes:

“it is the only thing”

One possible ordering is :

The article refer to this factorization order as z and the set of all possible factorization orders as Z (z ∈ Z). Now let’s take some examples so that the approach becomes clearer. Suppose the randomly chosen ordering is [x3, x1, x2, x4, x5] = [the, it, is, only, thing]. Now the 3rd token is the first token of the factorization order and therefore the model can predict it by looking only at the memory from the previous segment (I’ll talk about this latter).

Now assume that the sampled factorization order is [x5, x2, x1, x3, x4] = [thing, is, it, the, only]. Now the 3rd word is the fourth element of the factorization order and so we can use three tokens, [x5, x2, x1] = [thing, is, it] for predicting it. Note, however, that the factorization order serves uniquely to determine the tokens that can be used to predict the desired token and not to represent their order: the order is sequential and the same for all factorization. Now we can see that the model is bi-directional: it predicts the 3rd token by using potentially the tokens that follow it. This is illustrated as the second figure (right-side) on the image above.

I think you have the idea, but just to summary, keep in mind that:

With the permutation language modelling explained above, the objective becomes:

And in the case of our example, we can summarize the first objective as:

Now this language modelling has some desirable properties, in particular it provides a solution for two weaknesses of the BERT. It does not assume independence assumption between tokens and it creates no discrepancy between the training and test phases. However, a naive implementation of the permutation language model objective with the Transformer architecture does not work. The next section explain why.

Problems with a naive implementation of the Transformers architecture with the permutation language modelling objective:

Let’s assume that we wish to predict the second token (x2) of two factorization orders : [”thing”, “only”, …] and [“thing”, “it”, …]. The conditional probabilities of these two tokens are:

These probabilities give essentially the same distribution!

It is clear that the above way of computing the probability of a token conditional on the precedent tokens in the factorization order neglects an important information: the position of the tokens. Thus, what we would like to have is something like

You see this would be much better, however, this does not exist in the Transformer architecture. What does exist is the following:

But then the learning objective becomes trivial and the model will not learn anything. XLNet provides a way to construct the objective P( only | 4, {thing:5}) and P(   it    | 1, {thing:5}). This way is the Two-Stream Attention.

Intuitively, the two-stream mechanism computes two attention vectors for each token in each position i:

Finally, we use the last layer’s query representation to compute: